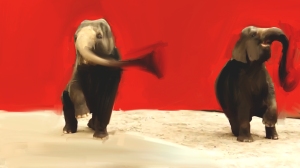 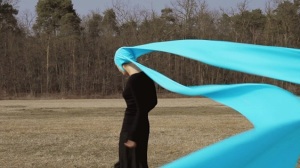 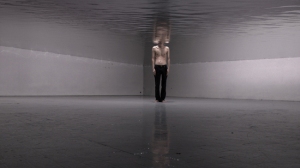 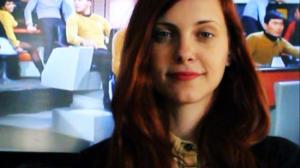 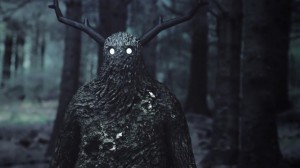 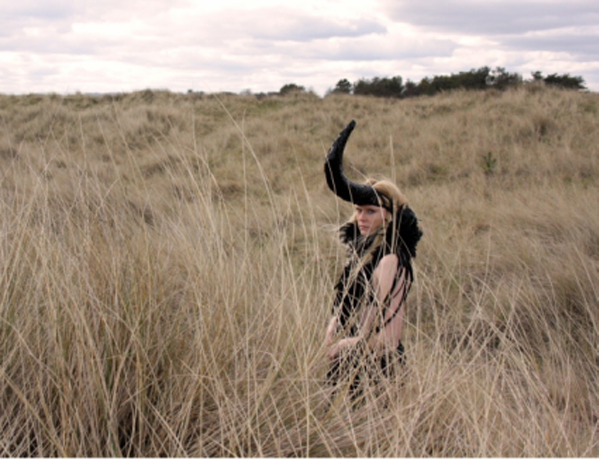 Ashley was born in Johannesburg in 1984 and is currently living in Scotland. She is a no boundaries artist, rushes between performance, sculpture and drawing and between the the animal that is inside human nature and the homo sapiens sapiens. She likes the bizarre and the ritual metamorphosis. Check her out here and watch some more images after the cut.

END_OF_DOCUMENT_TOKEN_TO_BE_REPLACED

Andrea DeFelice is an interdisciplinary artist, she often mixes old and new, oddities and everyday facts and technologies. I rally love a cuple of Andrea’s drawings (after the cut) and her imaginary retrofuturerebelviral reprogrammed world. Andrea will show new installations next weekend at Harvestworks Digital Media Art Center in NY on October 26-28.

END_OF_DOCUMENT_TOKEN_TO_BE_REPLACED

Hara was born in Greece and lives in Berlin. She moves on different platforms never losing her original style made of pale gray and pure white mixed with ghost black. Her pararrel “mondo” is populated by innocent creepy creatures, old images magically turned alive by gif animations and actual by a strong vision of contemporary global discomfort. Most of her alien human beings seem at ease and comfortable in her universe, can we declare the same thing? Check more and more of Hara’s amazing artworks here and more of her eCollage serie after the cut.

END_OF_DOCUMENT_TOKEN_TO_BE_REPLACED

Sandra was born in Bad Aibling, Germany, in 1983 and now lives in Rome. This is You have to die before you can die, her photo and video installation inspired by Caravaggio’s David and Goliath. Hauser takes on her shoulders the weight of the role of witness of our troubled times, she interprets our society’s contradictions with profound delicacy and intense drama, leaving an emotional scar on the  audience. Please note: the photo is a double selfportrait. More about her work HERE.

END_OF_DOCUMENT_TOKEN_TO_BE_REPLACED 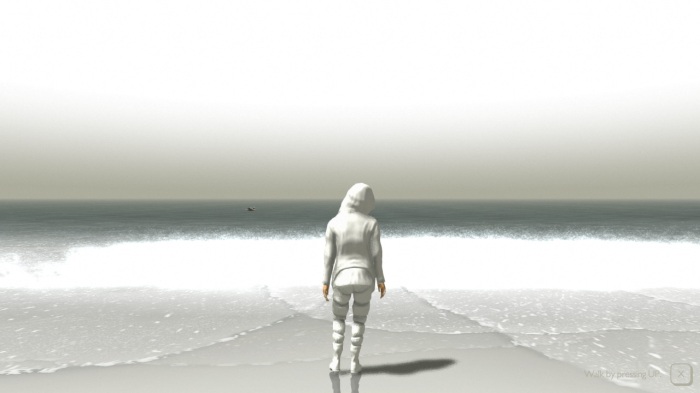 Tale of Tales are my favorites videogame developers. They are working on their new opera, “Bientôt l’été“, it’s about taking long walks at the seaside, thinking about love, meeting a stranger, going to the café, sitting and drinking wine and talking. And then you are silent. And you start longing for the sea. Bientôt l’été is currently is in a work in progress phase and scheduled to be released in autumn, clicking HERE you can contribute to its development.

END_OF_DOCUMENT_TOKEN_TO_BE_REPLACED 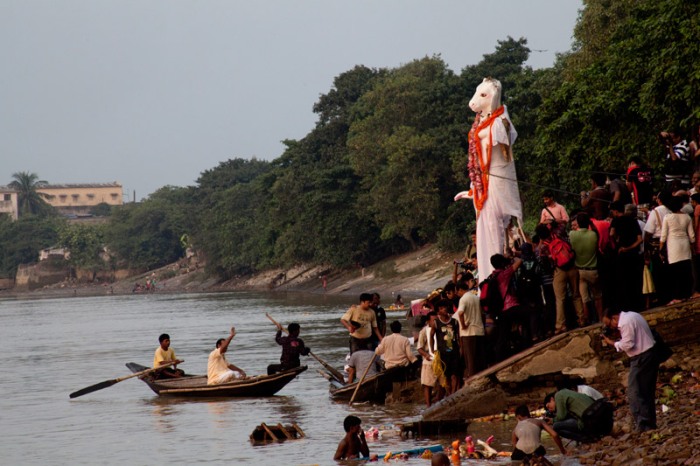 Prune was born in 1985 in Paris and now lives in NY. In the last 3 years she focused her research on India and gender selection. Science and mysticism bound together by powerful lancet of art. Her solo show will open on  Saturday May 12 at the Invisible Dog Art Center in New York. More about Prune HERE and about the show THERE!

Kevin makes amazing and spooky and esoteric animated gif. Check his dark side of the auld times out! More on his website!

This is from Alessandro‘s latest project, Metachaos. Keywords are tragedies like war, madness, hate.. Metachaos is multimedia project made of digital photography, paintings and one video, everything with Bavari‘s usual style, isolation and loneliness of the human being turned into art. More after the cut!

END_OF_DOCUMENT_TOKEN_TO_BE_REPLACED

Sean lives in Wales, he works mainly with video and his art is strongly connected to ecology. Once inspiring and soothing landscapes become symbol of an alien and/or helpless world. His latest video, ‘Lament’ is opening tomorrow at Oriel Davies Gallery.

END_OF_DOCUMENT_TOKEN_TO_BE_REPLACED

Olle is a game artist from Sweden. Endgame is his latest creation, a mix between an ancient 8bit game (but made in Flash) and an anti utopian drama. In his words: <<The work consists of a programmed interactive animation sequence, where the gaming element has been left out and what remains is a kind of theatre play that you control with your computer keyboard.>>. Every floor brings a surprise, it’s like descending the hell of capitalistic society. You can play it HERE  for a limited time. More images after the cut.

END_OF_DOCUMENT_TOKEN_TO_BE_REPLACED

I LOVE PES: a lot of videos in his website, check out his genial stop motion reuse of everyday object. 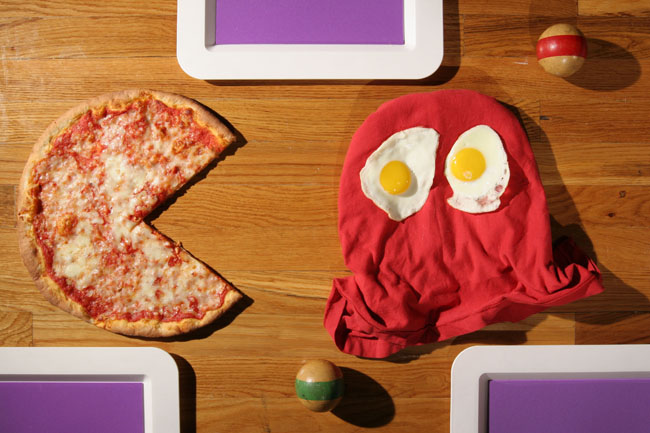 As some of you may know whales has been an important part in my life. HERE a wonderful video that explanins what happens to a whale when it dies: it brings life, no more no less. Whale Fall was directed  by Sharon Shattuck and Flora Lichtman for Sweet Fern Productions. 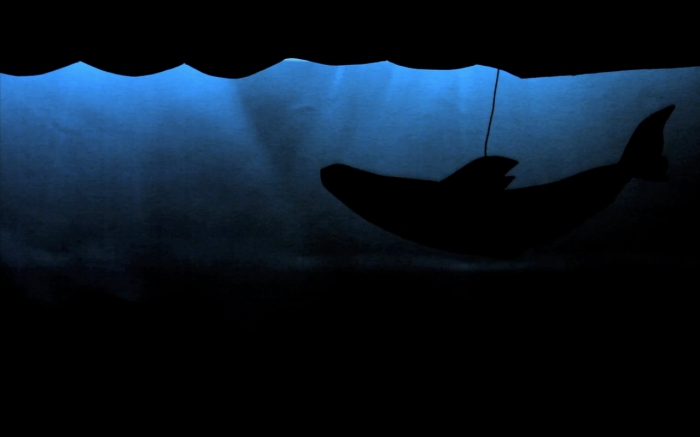 David‘s cool animation with new kind of woods inhabitants. Please adopt one of these tiny cute creatures and save their environment! Watch it HERE.

Rick‘s animated world will be shown at Fotografia festival in Rome. It opens at Macro Testaccio, in Rome, on the 22th of September. More info HERE 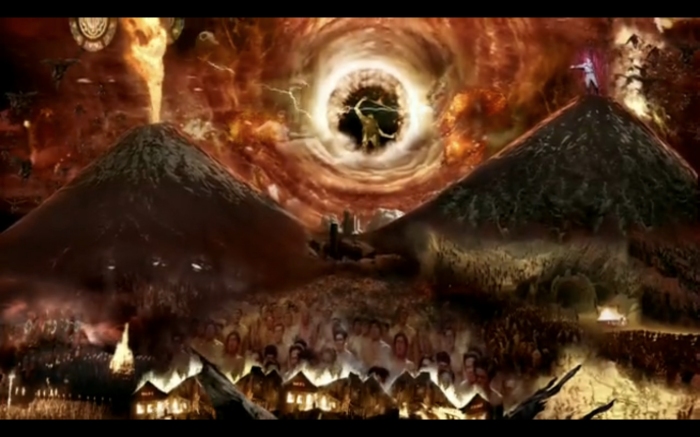 Marco‘s videos deserve a deep look. They are amazing!

Another comtent of my forthcoming project about forests, here a videogame screenshot by The Endless Forest game. Check its creators out: Tale of Tales, download and play!

I’m one of the curators of Blooom, a different kind of artfair. After the first edition we’re working on the second, and we won an important prize:

DEAR GALLERISTS, ARTISTS AND ART LOVERS,
BLOOOM – the creative industries art show. has been awarded “Selected Landmark 2011” in the Land of Ideas!
We are pleased to announce that BLOOOM is prize winner in the contest “365 Landmarks in the Land of Ideas” organized and put into effect by the regional initiative “Germany – Land of Ideas” in close cooperation with Deutsche Bank.
BLOOOM as “Selected Landmark” is ambassador to the Land of Ideas in 2011 and is so representing the innovation potential of Germany.
At this point we would like to officially thank you for your participation and cooperation, your support, the interest and the trust you have placed in BLOOOM 2010. Without you this would not have been possible.

We’re awaiting a magnificent, interesting and exciting BLOOOM 2011 and are looking forward to once again welcoming you this autumn!

Boris was born in Pirmasens (DE) in 1970. Lives in Berlin and Melbourne. This is part of his massive project “How to disappear completely”.

Armsrock was born in in Copenhagen; he works primarily with interventions in public space and with site- and time-specific installations. 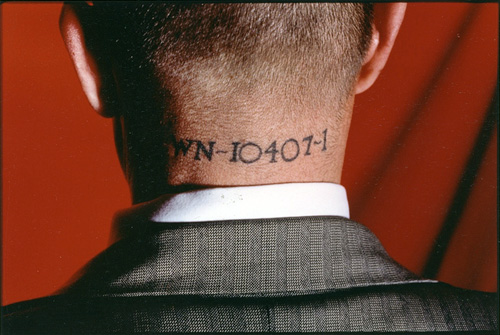 The Influencers is a small kind-of-cult festival that Eva and Franco mattes organize together with their friend Bani every year in Barcelona. It’s a gathering of artists, impostors, conceptual hackers, deviant geographers and crazy characters, those people you can get inspiration from. 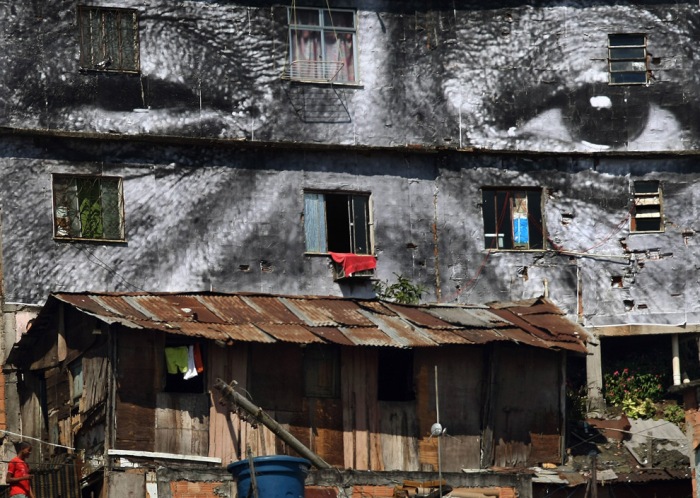 JR is one of the most talented urban aristst of the last years. This is a film about his 3 year project on woman condition all around the world. After the Cannes Festival preview “Women are heroes” will be out on January 12.

WOMAN ARE HEROES – English Trailer January 2011 from Sounds And Sons on Vimeo.

FOR SALE _ get in touch for inquires

Anna Palmer “On the phone with Gloria,1971″ (digital mix media)